The Northwest Cherry Festival in The Dalles, OR 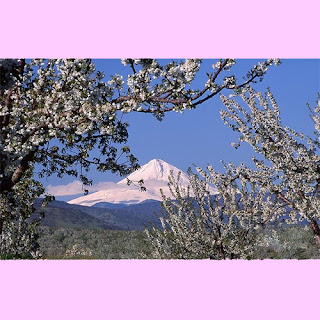 On April 22, 2016 the annual Northwest Cherry Festival is kicking off the in The Dalles, OR! Visit the Dalles to enjoy the sights of beautiful, blossoming cherry trees, a snow-capped Mt. Hood, and lots of events and entertainment going on throughout The Dalles! Find out more here:

Head to the Dalles for the 37th Annual Northwest Cherry Festival. A longtime favorite among locals and visitors alike, the festival is set in the spectacular Columbia River Gorge and showcases The Dalles’ deep agricultural heritage and Western roots. The Best Ever Cherry Festival in 2015 expanded to three days of family-friendly activities and events, and 2016 is going to be even better! The Northwest Cherry Festival takes place in downtown The Dalles from Friday, April 22 through Sunday, April 24, 2016. The fun begins with a Dance Party on Friday  April 22nd at 7pm, and continues with the Gorge’s biggest parade, classic car and tractor shows, a 10k race, and lots of great local music and bands. There’s also cherry sampling with the Oregon Cherry Growers, pony rides, and Davis Show’s Carnival. Be sure to see the Festival culminate with the crowning of Festival King Bing and Queen Anne! The Dalles Has Much More to Offer Though the festival alone could keep you busy. Voted one of the “Top Ten True Western Towns of 2014” and one of “The 19 Most Beautiful Small Towns In America,” The Dalles is one of Oregon’s great escapes, just beginning to be discovered. This historic town sits at the eastern entrance of the Columbia River Gorge National Scenic Area, just 75 miles east of Portland. With 300 days of sun a year and fantastic recreational and cultural opportunities, it’s a wonderland for cyclists, hikers, river rafters, wildflower fanatics, fishers, art lovers, history buffs and wine aficionados. Look for other events taking place in The Dalles all week long!