Trail Closures to Keep in Mind this Spring 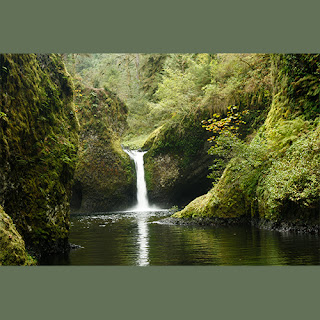 If you are headed out for a hike in the Gorge this spring, make sure you double-check that your hiking trail is open and passable. Winter storms in the Columbia River Gorge washed out trails and totaled bridges. Here are some notable trail closures to keep in mind this spring:

CASCADE LOCKS, Oregon — Winter can be a tricky season in the Columbia River Gorge. High rainfall leads to gushing waterfalls, but it also leads to crumbling earth.

Landslides and windstorms are nothing new in the Gorge, but as our especially wet winter warms into a drizzly spring, fresh storm damage greets hikers on some of the most popular trails in the Gorge, cutting off or complicating access to waterfalls and scenic vistas at the region’s best season.

Trail closures are posted on the websites of the Columbia River Gorge Scenic Area and Oregon State Parks (which manages some land in the area), as well as at the trailheads, but here are all the known weather-related trail closures in the Gorge, as of spring 2016.

The most notable damage came this past December on the Eagle Creek Trail, easily the most popular in the area, where a fallen tree took out a bridge only two-miles into the 13-mile trail.

The 40-foot-long metal bridge will cost tens of thousands of dollars to replace, according to Hinatsu, and should be out for at least a year while the U.S. Forest Service gathers funds and coordinates the replacement project, which will require a helicopter to airlift the old bridge out and the new bridge in.

“It’s going to be a pretty expensive bridge,” he said.

The downed bridge blocks off easy access to two of the hike’s most stunning waterfalls – Tunnel Falls and Twister Falls – though hikers can still get to Punchbowl Falls and Metlako Falls before the closure.

How long will it be out? The official estimate right now is at least one year, though that timeframe could get shorter or longer depending on how easily the money comes.

Can you pass? A lot of hikers are crossing Tish Creek via a makeshift bridge made of small logs, but the U.S. Forest Service encourages all hikers to turn around, as a 15-foot waterfall looms just beneath the bridge.

While the trail is technically closed only a short way up, the only big damage doesn’t come until you get up near the top, where the trail cuts underneath overhanging rock, a pipe handrail between you and a plunge down to Elowah Falls below.

The landslide happened back in late November, according to Oregon State Parks, and efforts to clear it up have been stymied by weather and schedule conflicts ever since.

With weather clearing up for spring, crews should be able to get together and get out to the trail to clean it up within the next two to four weeks, he said.

How long will it be out? Two to four weeks would put the trail reopening in mid-to-late April.

Can you pass? No. Seriously. Passing would require climbing up and over the landslide debris at the edge of a very tall cliff – that’s dangerous in a number of ways. Some people have been doing it, Littrell said, but it’s highly inadvisable. Hike through at your own risk.

The Historic Columbia River Highway State Trail is popular among cyclists, runners and hikers, but part of the trail will be tricky to cross for the time being.

A paved section of the trail between the Eagle Creek Fish Hatchery and the Ruckel Creek Bridge is currently blocked by a landslide that brought dirt, boulders and several small trees across the way.

You can still access the base of Ruckel Creek Falls, but getting to the Ruckel Creek Trail or any points farther east on the Historic Columbia River Highway State Trail requires passing through the debris.

When I called to ask Littrell about the landslide near Ruckel Creek, he said Oregon State Parks didn’t know about it yet. That means there’s no solid estimate on how long the trail will be blocked, but Littrell said it will likely be a priority, possibly jumping ahead of the project on Upper McCord Creek.

How long will it be out? There’s no estimate right now, but Oregon State Parks will likely make it a priority.

Can you pass? If you can duck under some branches and over a couple logs, you can make your way past the debris pretty easily. But, as always, officials don’t recommend it. Proceed with caution and at your own risk.