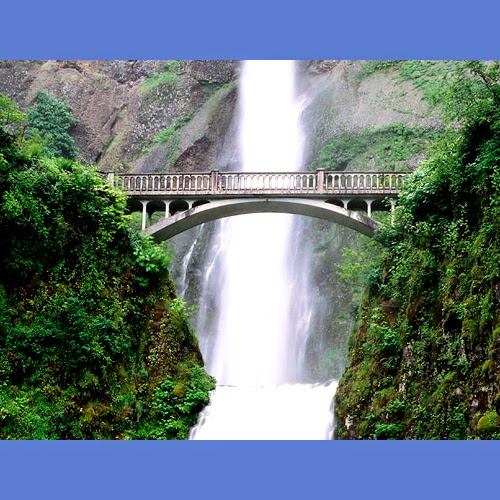 West of Hood River, a segment of the Historic Columbia River Highway climbs along the nearly sheer basalt cliffs, which serve as a backdrop for the greatest concentration of waterfalls in North America. The most spectacular of all is Multnomah Falls, the tallest in Oregon and the second-highest year-round waterfall in the U.S. (after Yosemite Falls in California), with a total drop of 642 feet.
Riverboat cruises aboard the Columbia Gorge sternwheeler depart from the town of Cascade Locks, offering modern-day travellers a chance to see the river from the viewpoint of early pioneers. Lindblad Expeditions offers longer river trips on the Columbia and Snake rivers aboard a 70-passenger boat departing from Portland, accompanied by noted historians and naturalists.