Panic! At The Disco at Edgefield 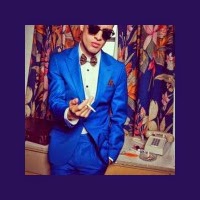 Panic! At The Disco has announced their biggest outing yet: The Gospel Tour. Hot on the heels of sold-out headline dates on their Too Weird Tour, the band will take their incendiary live show across the U.S. this summer starting July 18 in Magna, UT at The Great Saltair. Special guests, Walk The Moon, will perform on all dates during The Gospel Tour while Youngblood Hawke and Magic Man will join Panic! on select dates. Tickets are on sale starting Friday, February 28 through the local venue ticketing websites.

SRC: Read more about Panic! At The Disco and purchase your tickets at: http://edgefieldconcerts.com/events/panic-disco/

Categories: Concerts on the Lawn, Entertainment, McMenamins Edgefield, Panic! At The Disco, Uncategorized