Posted by West Columbia Gorge Chamber on Monday, May 18, 2015 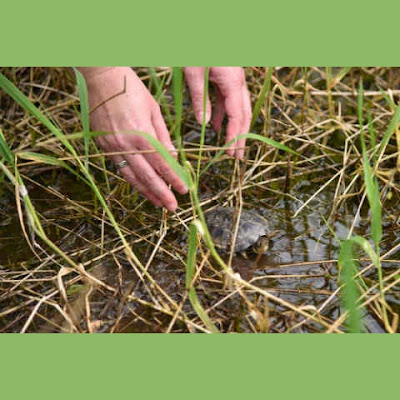 The turtles at The Oregon Zoo are raised so they don’t go into hibernation, according to Dr. David Sheaperdson, the Oregon Zoo conservation scientist. Sheapersdson explains how providing a continuous summer experience allows the turtles to grow to the size of a 3-year-old wild turtle within eight months of time. Allowing these turtles to continuously grow provides a better chance of survival after being released in The Columbia River Gorge. Read more about the Oregon Zoo’s efforts to safely return the endangered turtles to the Columbia Gorge below.

On Wednesday, with the help of conservation partners and local wildlife agencies, the turtles were returned to the wild in the Columbia River Gorge. In one study, scientists estimated that 95 percent of the turtles released back to sites in the Columbia Gorge survive annually.

Two decades ago, western pond turtles were on the verge of completely dying out in Washington, with fewer than 100 turtles left in the state. But since then, more than 1,500 turtles have been released thanks to the Western Pond Turtle Recovery Project.