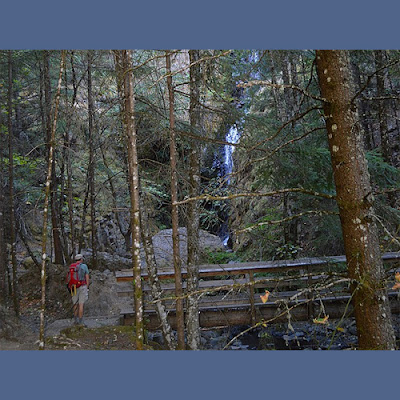 Plans to build a 1.2 mile section of bike and pedestrian trail is starting to be implemented by The Oregon Department of Transportation. Construction is scheduled to begin in December of 2015. Learn more about this amazing expansion connecting Cascade Locks with Hood River, along the Columbia River Gorge, below.

Most of the physical work is planned for 2016, to coincide with the highway’s centennial celebration — the first section of which was dedicated in 1916.

TRAIL portions on the Historic Columbia River State Highway path will be closed in late fall or winter as transportation agencies start construction on a 1.2-mile piece of trail between Starvation Creek and Lindsey Creek.

The Historic Highway, once dubbed “King of Roads,” spanned 73 miles from Wood Village to The Dalles but fell out of use with the construction of Interstate 84. Now historic groups and transportation agencies are banding together to restore the historic route as one continuous trail.

During construction, ODOT expects some lane closures on Interstate 84 — most likely the eastbound lane near Exit 55. Some popular areas on the path, including Hole in the Wall Falls, will be closed to visitors.

The Lindsey-Starvation Creek piece will mark the beginning of construction on the greater Columbia River Historic Highway Trail project, which plans to hook up pedestrians and bikers with a scenic pathway from Portland to The Dalles.

“It is an integral part of the Columbia River Gorge that hundreds of thousands of visitors enjoy each year for its mosaic of uses and natural beauty,” said Eric Martin, chair of the Oregon Heritage Commission.

The Hood River County Planning Department approved ODOT’s application to begin trail work between the Lindsey and Starvation Creek portion of the trail in April.
The trail will halt at a dead end until the next 2.7-mile section of trail, running from Lindsey Creek to Wyeth, is built in 2016.

ODOT is seeking county approval on the Wyeth portion of the trail — Stallman said she dropped off the application last Thursday. She described this plan as more “extensive” than the previous application, and could take up to six months to review and approve.
Most burdensome of all trail work in Hood River County will be the Mitchell Point portion of the trail.

SRC: Learn more about the Work About to Begin on the Historic Highway Trail at: www.hoodrivernews.com/news/2015/oct/07/historic-highway-trail-work-about-begin/