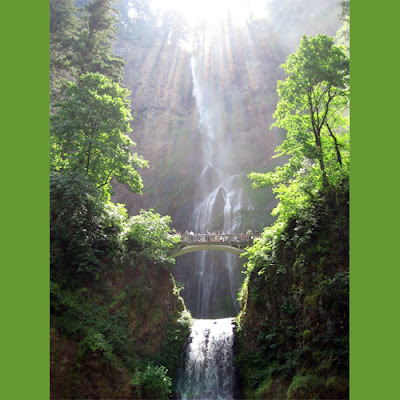 In 1915, Simon Benson provided $5,250 to the city of Portland to buy land at Multnomah Falls and combine it with land he had purchased at Wahkeena Falls. The area became known as Benson Park. At the celebration, Chet Benson will read the speech his great-great grandfather gave at the dedication ceremony.
Multnomah Falls is visited by an estimated 2 million people a year. It features the second highest waterfall in the United States. Fed by underground springs from Larch Mountain, the flow over the falls varies, usually hitting its highest rate during winter and spring.
The U.S. Forest Service says that the falls offers one of the best places in the Columbia River Gorge National Scenic Are to study geology exposed by floods. Five flows of Yakima basalt are visible in the falls’ cliff face.