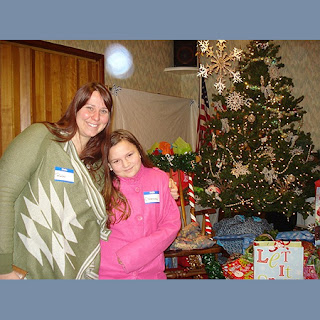 If you find yourself near Hood River, OR, and need some holiday gifts wrapped, stop by G. Willikers Toy Shoppe to support a good cause and have your gifts wrapped at the same time. The Hood River toy shoppe will be hosting a gift wrapping event this December to support Big Brothers Big Sisters of the Columbia Gorge.

G. Willikers Toy Shoppe in Hood River is offering holiday gift wrapping this December for cash donations, which will be donated to Big Brothers Big Sisters (BBBS) of the Columbia Gorge.

Each year, the campaign brings in several hundred dollars to create and support safe and positive mentoring relationships for youth in Hood River, Wasco, and Klickitat Counties.
G. Willikers Toy Shoppe is located in downtown Hood River on the corner of Second and Oak.

Big Brothers Big Sisters of the Columbia Gorge, a program of The Next Door, currently supports mentoring relationships for 84 boys and girls throughout the Columbia River Gorge.

If you would like to learn more about the program or are interested in applying to be a volunteer mentor, contact Justine Ziegler in Hood River and Klickitat Counties at 541-490-9979 or Kateel Muhs in Wasco County at 541-399-0259.