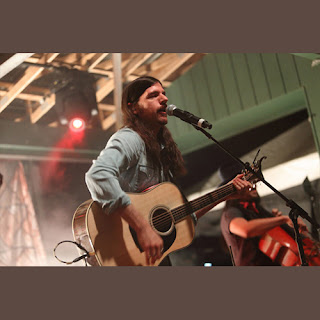 If you are counting down the months until summer, here are a few more things to look forward to. If you’ve never been to a concert at McMenamins Historic Edgefield, we recommend it; if you’ve already been to Edgefield, you probably don’t need much convincing to go back.  Here are some recently released shows and dates for Edgefield concerts this summer:

In July, the Avett Brothers will return for a two-night run on July 21 and 22. Weezer will headline the Troutdale venue on July 30, bringing along Panic! At the Disco and Andrew McMahon in the Wilderness (previously of Something Corporate and Jack’s Mannequin). Weezer recently announced its umpteenth self-titled album, which this time gets the weighty nickname “The White Album.” Please do not mistake it for the Beatles one.
Tickets will be available soon via Edgefieldconcerts.com.

The new dates join Josh Groban’s previously announced Aug. 24 concert, which you should get tickets for now to surprise your parents. And see our full list of major 2016 concerts with early announcements.