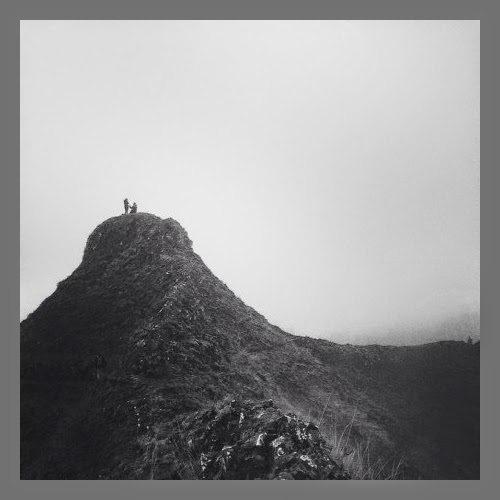 In the photo above is a man asking a woman to marry him at the top of Munra Point in Mt. Hood National Forest along the Columbia River Gorge. This proposal was not planning on being photographed during their big moment but a photographer, Paul Wolfe just happen to be hiking at the right place at the right time. Later after posting the photo on Facebook, people urge the Wolfe to find the couple so they could have the photo of their engagement. Read what happened after Wolfe signed up for a reddit account in attempts to find the couple below.

“I happened upon this marriage proposal on Thanksgiving 2014,” wrote Wolfe on reddit early Wednesday morning. “I have no idea who these folks are, but would like them to have this photograph. If you know someone who got engaged on Munra Point in the Columbia River Gorge, the afternoon of 11/27/2014, please direct them to this picture. Thanks!”
The post received hundreds of comments by Wednesday afternoon as redditors worked their magic. Wolfe said it took only five hours after signing up to be in touch with the best man. And he really will be the best man — he plans to give the couple a print of their special moment on their wedding day.

SRC: Read the full article about the Columbia Gorge Proposal Photo finding it’s way to the Engaged Couple at: www.opb.org/news/blog/newsblog/columbia-gorge-proposal-photo-finds-its-way-back-to-engaged-couple/