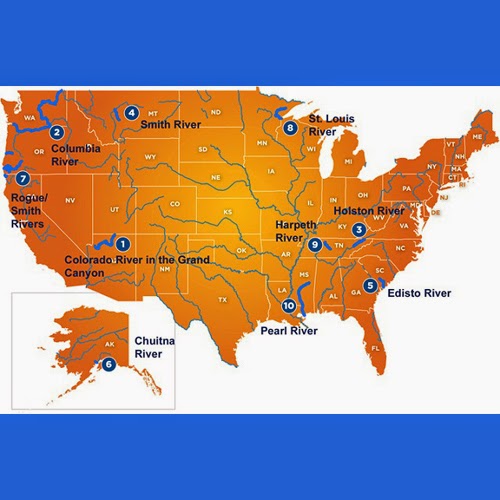 A new report from American Rivers states the Columbia River is the second-most endangered river in the United States. The report explains the endangerment is due to outdated dam operations that prevent passage of many fish to the upper Columbia River. Fishing of our river contributes to many people’s livelihood and some say without adding an Ecosystem Function to the Columbia River Treaty, the fish and wildlife in this river could dramatically decline. Read an excerpt from the new Report provided by American Rivers below.

The Threat
Dam and reservoir operations have fundamentally changed the Columbia River’s natural flows. Spring run-off is captured behind dams, thereby reducing flows and slowing the migration of young salmon headed out to sea, exposing them to predators in a series of slow-moving reservoirs. Reduced flows also harm the health of the Columbia River estuary by shrinking the size of the river’s freshwater plume— an area that hosts a variety of fish and bird species and accommodates the gradual adjustment of salmon to living in saltwater. Dams have also blocked salmon from thousands of miles in the upper Columbia River system, including tributaries such as the Spokane and Kettle rivers in Washington and numerous rivers in British Columbia. Releasing more water from behind Canadian and American dams in the spring can help restore healthier flows for salmon and other species, even in the face of more winter precipitation coming as rain rather than snow, coupled with an earlier snowmelt from climate change. Combined with improved dam operations, floodplain and estuary restoration projects, and building fish passage at currently impassable dams, the future for the Columbia River’s salmon, steelhead, and other species could be surprisingly bright. Conversely, failing to prioritize ecosystem health on par with hydropower production and flood control under the Columbia River Treaty could condemn the river and its fish and wildlife to further decline.

SRC: Learn what this report suggests for ‘What Must Be Done’ to protect The Columbia River at: act.americanrivers.org/page/content/columbia-river/#sthash.y6OwUbxb.dpbs