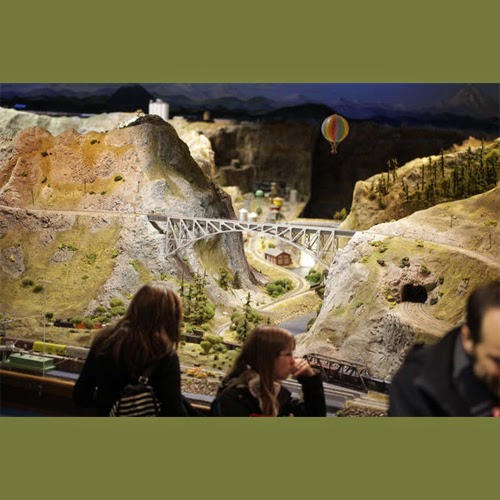 It’s a breathtaking sight to walk into the building on N. Vancouver Avenue and immediately become immersed in the beauty of the Columbia River Gorge. The layout, which has been built upon since the building’s construction in 1982, depicts scenes from a 1950s Portland and beyond, complete with a miniature Union Station built off of the 1893 building’s actual blueprints.