Posted by West Columbia Gorge Chamber on Monday, May 23, 2016 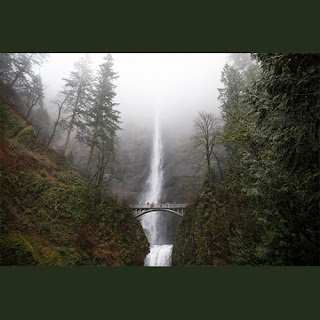 One of the most heavily tourist populated waterfalls in The Gorge is getting it’s own bus line for the weekends of the 2016 and 2017 summers!

A new bus service, “Columbia Gorge Express,” will link Portland to Multnomah Falls and Rooster Rock State Park this summer. The first bus rolls out Friday, May 27, during Memorial Day Weekend.
#A pilot program by Oregon Department of Transportation and partner groups, the Gorge Express will run on weekends and take passengers from Gateway Transit Center in downtown Portland (Gateway/Northeast 99th Ave.) to the scenic waterfall area along Interstate 84 in the Columbia Gorge.
#The round trips will run every 15-30 minutes — 12 per day — and cost $5 per ticket.
#“Columbia Gorge Express bus provides a relaxing option for accessing some of the best the Gorge has to offer,” the program’s website says.
#The bus will run Friday, Saturday and Sunday (and federal holidays) from May 27 to Sept. 30. Those will be day trips only — the first bus departs Gateway Transit Center at 8:45 a.m. and the last bus heads back from Multnomah Falls at 6 p.m.
#A major goal behind the new transit program is cutting down on overcrowding at the growingly popular tourist site, as well as offering a shared means of transportation that links the Portland Metro area to the Gorge.
#The Gorge Express was one of the strategies to ease Gorge area congestion identified by an Oregon Solutions team, Historic Columbia River Highway Collaborative Project. That group, convened by Rep. Mark Johnson (R-Hood River) and Multnomah County Commissioner Diane McKeel, met in early 2016.
#Between November 2015 and March 2016, a project team met with transit service providers, held small stakeholder group discussions, and conducted an online survey that received over 1,700 responses.
#Feedback was largely positive for a bus service to the popular waterfall alley. More than 70 percent of survey respondents said they would consider using public transit or parking shuttles to reach Gorge destinations.
#ODOT expects the pilot program will run summer of 2016 and 2017. The agency is considering expanding with a Hood River stop in future years.
#“Hood River is another key destination in the Gorge,” ODOT wrote in a summary of their public survey information.
#Along with ODOT, partners for the emerging transit program include U.S. Forest Service, TriMet, Columbia Area Transit (CAT), Mid-Columbia Economic Development District, Travel Oregon, Travel Portland, Friends of the Columbia Gorge and Oregon Department of Parks and Recreation.
#Tickets will be available for Gorge Express online soon, according to the program’s website. Cash fares won’t be accepted, and riders are encouraged to buy tickets in advance online. The buses fit 20 passengers each or 16 passengers plus two wheelchairs.
#For more information, go to www.columbiagorgeexpress.com.