Blues for the 4th 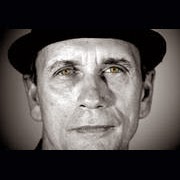 If your feeling like indulging in the blues with a nice glass of wine for the 4th of July, your in luck. This Independence Day Troutdale’s McMenamins Edgefield Winery will have Billy D performing from 7 pm to 9 pm, with free entry. Read more about this “Best New Act” winner below.

A recent “Best New Act” winner, Billy Desmond (Billy D) melds blues, rock, and at times nuances of country to create an “Original Backbeat Roots” style of music that has fueled timeless rock icons like ZZ Top and The Rolling Stones. Billy was born on the south side of Chicago where he grew up surrounded by the Blues, and being a child of the early Rock ‘n’ Roll era, the two influences blended into a powerful potion. He started playing professionally at teen dances and parties at the age of fourteen. By the age of eighteen, he was sneaking into the blues clubs of Chicago to hear such greats as Muddy Waters, Junior Wells, Buddy Guy, and James Cotton. Over the next ten years, he would work as a guitarist for Junior Wells, Big Time Sarah, and Detroit Junior.

SRC: Learn about this event and Read more about Billy D at: McMenamins