Posted by West Columbia Gorge Chamber on Monday, May 4, 2015 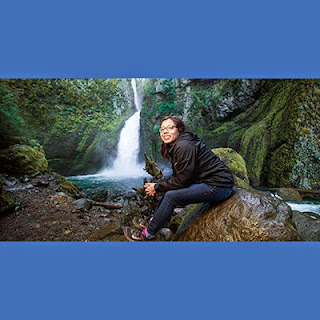 Redefining Environmentalism
The Friends of the Columbia Gorge formed in 1980, fueled by concerns that urban sprawl would destroy the area’s wild beauty. The organization pushed for federal protection of the region, and in 1986, Friends succeeded with passage of the Columbia River Gorge National Scenic Area Act — a complex plan that works to preserve the landscape while balancing the varying needs of everyone who lives, works and plays there.
When it comes to Hood River’s Latino community, which includes numerous farmworkers, Sonato says many are unfamiliar with the Scenic Act and its far-reaching impact. Language and cultural differences create barriers to awareness, Sonato says, but so does a narrow definition of environmentalism.
“The people I know in the Latino community may not be concerned about a wildflower going extinct because they have other, more pressing issues to deal with — bringing food to the table, working to provide for their children, paying for education,” Sonato says.
“But so many environmental decisions affect their daily lives. For instance, when coal trains pass through the gorge, the coal dust spreads out into in the air, and that air doesn’t discriminate in who it affects.”

SRC: For more information about Martha Sonato and The Friends of the Columbia visit: willamette.edu/people/archives/2015/04/martha_sonato.html