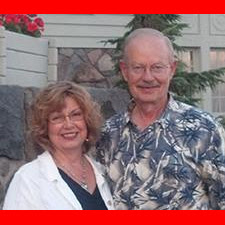 The 2015 fourth of July Corbett Fun Fest will start their “There’s No Place Like Home” Parade at 10 am with Grand Marshals Dave and Jan Aho. The annual July 4th cruise-in is followed by the parade along a 3 mile route from Springdale to Corbett. To enjoy this parade tradition you’ll need to arrive before the Stark Street Bridge and Hwy 84 exit 22 closes at 9:30 am. Read some history of the Corbett Fun Festival below.

The first Springdale-to-Corbett parade actually was in 1970, on Halloween. Bob’s and Nevalin “Nev” Scott’s daughter, Cris, belonged to a 4-H club that taught the care and training of horses. Cris, with club members Nita Graff, Linda Guest, Sara Johnson, Rene Ryan and “the Harris boy,” decided that an exciting culminating event for the year would be a parade to show off their horses and demonstrate their skills. Bob and Nev took care of the details and it happened! No permit of course! It was such a hit that people in the community thought it should continue. “That’s Corbett,” Nev commented.

The North East Multnomah County Community Association (NEMCCA) took up the idea, prompted by board member Bea Graff, and the festival was born. Though a group of people got together and made it happen, no specific individual(s) were in charge. Bill Quinn and Patti Graff took major responsibility initially. For the events first years, “celebrities” were selected to be the Grand Marshall. That soon changed. NEMCCA decided to recognize individuals in our midst who have made a significant contribution to the community. One of the first local honorees was Bea Graff.

Thus, a group of volunteers launched what has grown into a spectacular community event that attracts thousands of visitors each year. Initially, fund raisers, such as the Kiwanis salmon feed (supplanted by the Kiwanis sponsored dinner), the Fireman’s Ball at the Grange Hall, the Christmas party and other activities were used to raise the funds needed. “Usually we made enough to pay the bills, but if not, we and our volunteers considered it a “donation,” Nev recalled. “In the mid-1980s, Mary Cohorst, director of the Springdale Center, got the job corps involved, which was a real plus. She was a great leader.” The Scotts were involved with the fun festival for 25 years. Their participation and work culminated in their co-workers’ recognition of their efforts by choosing them to be the Grand Marshalls of the 1995 parade.